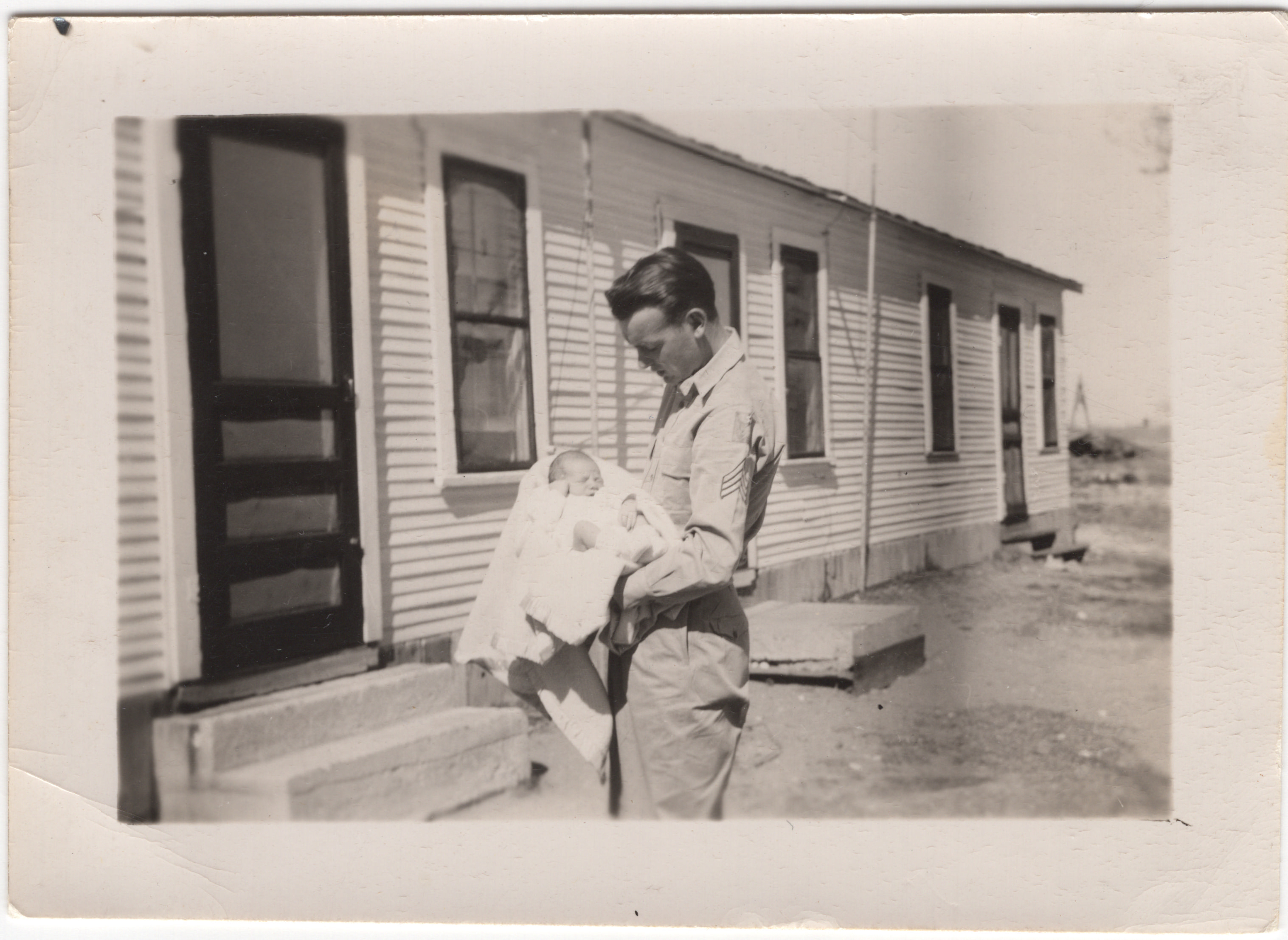 This photo was taken 73 years ago today. It shows Junior (George) Florenz Weil holding his days-old son, also named George Florenz Weil. The elder Junior was in the U.S. Army Air Corp, and was likely on active duty when his son was born. This photo was likely taken on or near Pyote Army Air Field in Ward County, Texas, where Junior was stationed. Junior and baby George’s mother, Catherine Lawhorne, were married in Ward County the year before.