One of my favorite photos from my family history is actually a set of photos. My grandparents, Ed Drake and Millie Kaiser, were out on the town and visited a photo booth. This set of tiny photos are the photos that were taken there! When I asked my grandmother about them, she said they must have been taken when a fair came to town. They both look so happy, and you can see some of the mischief in my grandfather’s face. He could always make us laugh. I remember both of them that way. I love these photos because although I knew them later in life, I can see that they had the same spirit when they were younger, too. 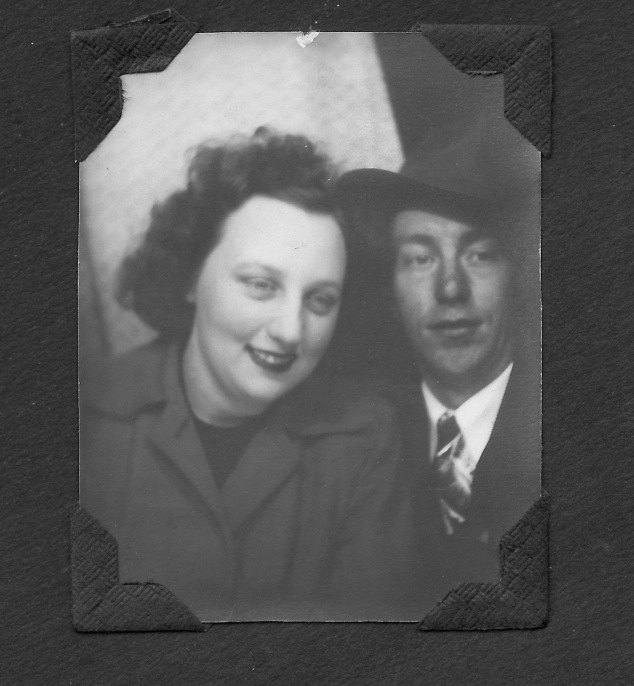 Two of the photos were placed into tiny frames, and the other three were in my grandmother’s military photo album. I think these were taken about the same time that Millie joined the Navy WAVES, about 1944. I’m guessing that Ed kept the two framed snapshots with him while Millie was away. Millie kept the other three with her while she was in Florida. They would be married about two years later.

What are some of your favorite old family photos?

One thought on “Favorite photo: Nana and Papa at the fair”