To help alleviate the shortage of civilian and military nurses at the beginning of the war, the US government offered a free nursing training program through the Cadet Nurse Corps, a part of the Public Health Administration. The program ran from July 1, 1943 to December 31, 1948, and more than 120,000 women completed the rigorous training and joined the Corps. About 64 women from DeKalb County joined the Cadet Nurse Corps. After training, they were assigned to civilian and military hospitals and public health agencies, and were required to stay in active service for 6 months after the war.

The free education definitely allowed women to get an education when they might not have otherwise been able to afford it. Verta Mumaw, a young woman from DeKalb County, remembered, “So this little girl from the country goes to the big city to a Nursing School. My folks drove me in and yes I was scared stiff.” The program even paid for all tuition, books, housing, and uniforms, and as a freshman, Verta earned $10 a month at St. Luke’s in Chicago. By the time they were seniors, they earned $30 a month. They typically worked 8 hours on the floor of the hospital, attended classes, and the rest of their off-duty time was spent studying. The programs were quite rigorous, and many women left because of grades, homesickness, illness, marriage or pregnancy, or making dangerous mistakes while on duty. Many of the registered nurses already on duty were recruited into the service, leaving the hospitals understaffed. As their training progressed, the Cadet Nurses bravely took on more and more responsibilities and patients. Student nurses often made up the bulk of the nursing force. As nurses they saw some important changes in the medical profession, including the introduction of penicillin and increasing standards of sanitation and treatments.

Women who completed the program were prepared to join the Nurse Corps in the Army or Navy, or become a civilian nurse. A few DeKalb County women, like Betty Craig, Doris Hagman, Janice Lindus, and Margaret Weydert, joined the ANC or NNC after completing the program. The war ended before many of them had graduated, so most new registered nurses were assigned to civilian or VA hospitals. Most of the DeKalb County women remained civilian nurses in the area after completing the program, and were dedicated nurses throughout their careers. Collectively, Cadet Nurses were essential to our hospitals operating and healthy during our time of crisis. They remain a vital part of our healthcare system today.

When Verta Mumaw was a Cadet Nurse, she found this poem in a frame at a gift shop in downtown Chicago. She and other nurses were inspired by this nurse’s prayer:

Because some nurse in her little sphere

Puts on her apron, and smiles, and sings,

And keeps on doing the same old things.

Taking the temperatures, giving the pills

Feeding the babies, answering the bells,

Being polite with a heart that rebels.

Longing for home and all the while

[Closing the eyes that are stilled in death.]

Taking the blame for all mistakes.

Oh, Dear! What a lot of patience it takes.

Going off duty at seven o’clock

Tired, discouraged and ready to drop,

But called out to help at seven-fifteen

With woe in the heart that must not be seen,

Morning and evening, noon and night

When we report off to cross the bar,

Dear Lord, will you give us- just one little Star

To wear on the cap of our uniform new

In the ward above, where the head nurse is YOU.

[I believe the above poem was published by Buzza mottos in about 1910’s or 1920’s. If someone has further information about this poem or motto, please contact me.] 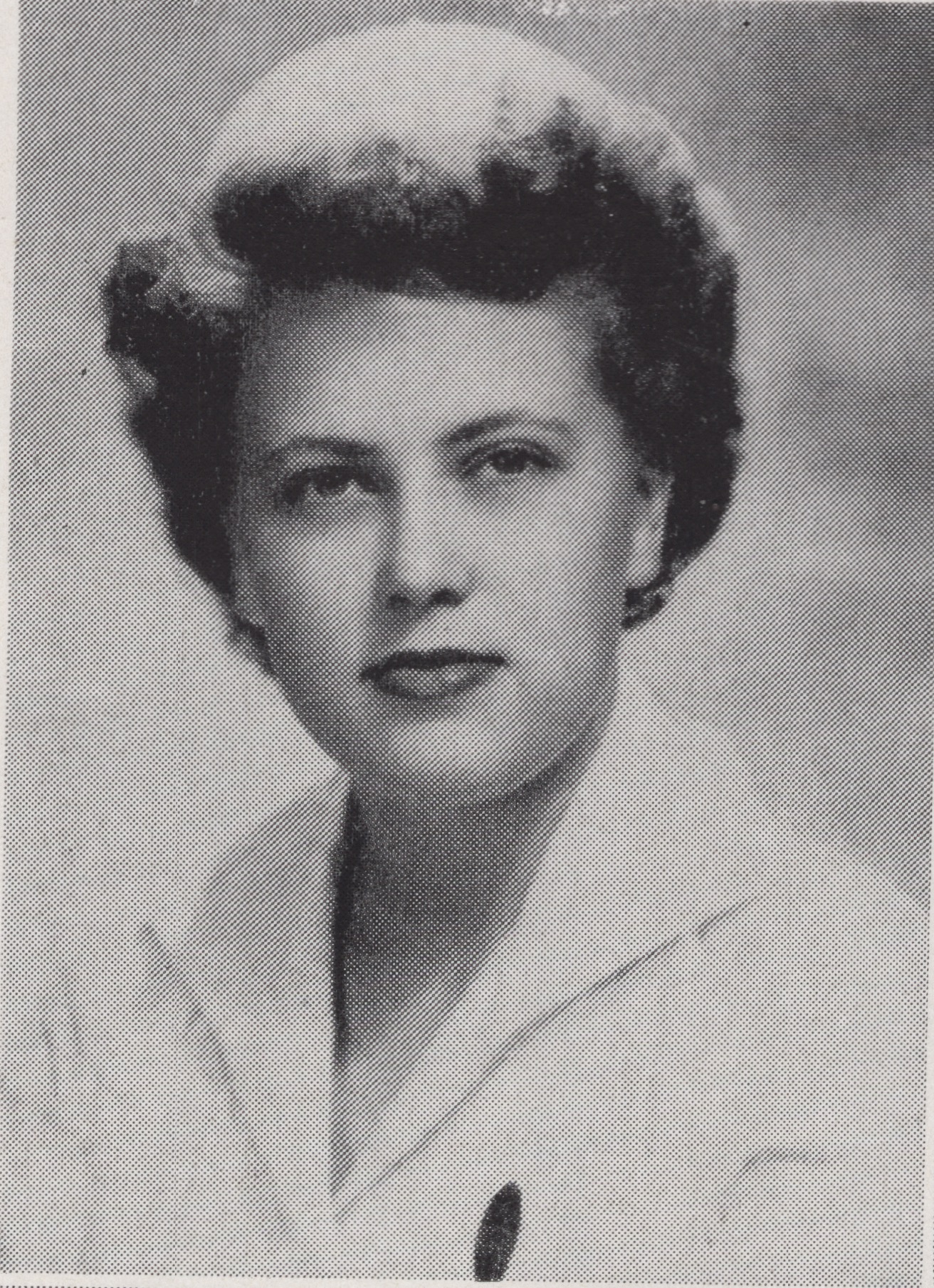 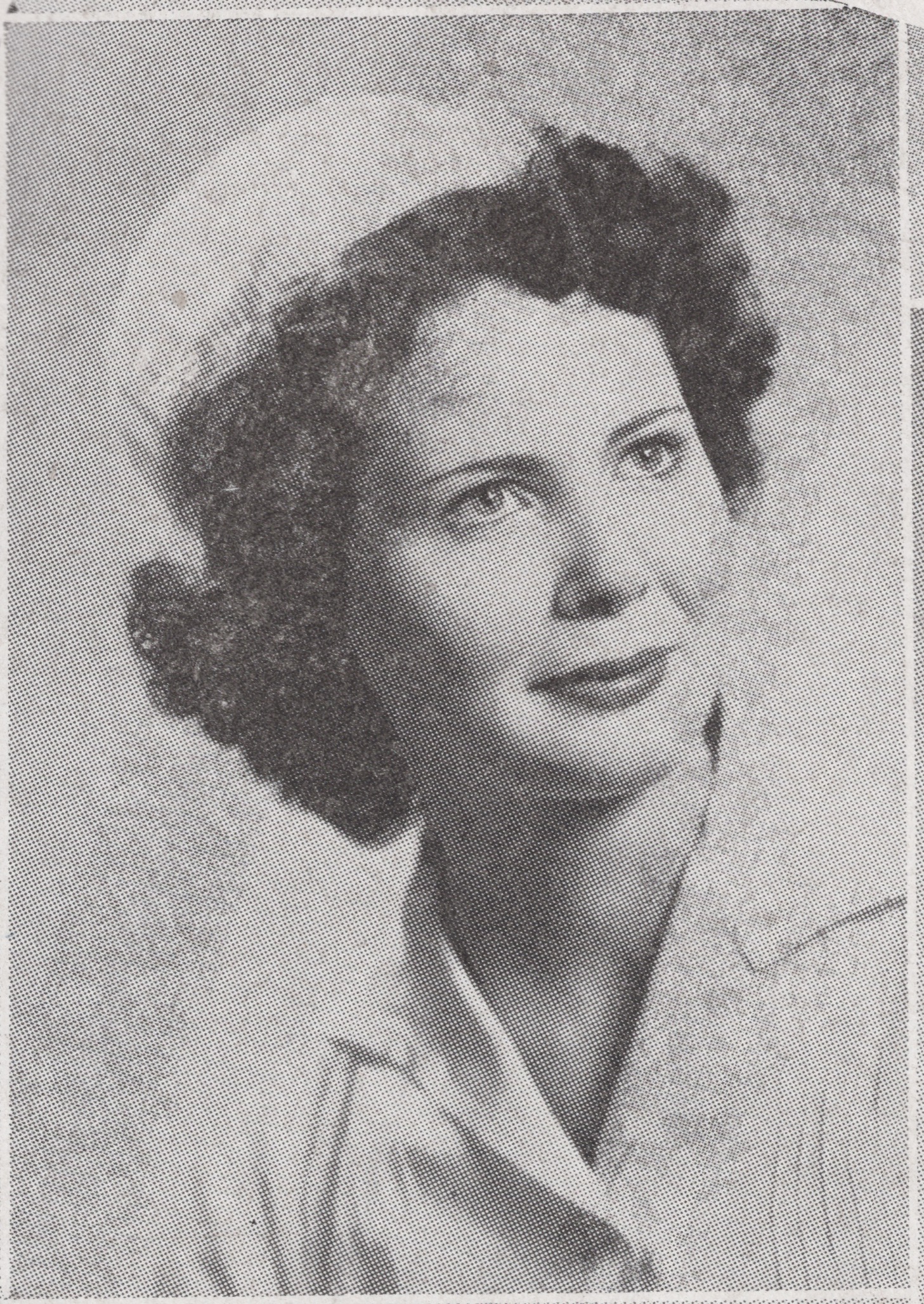 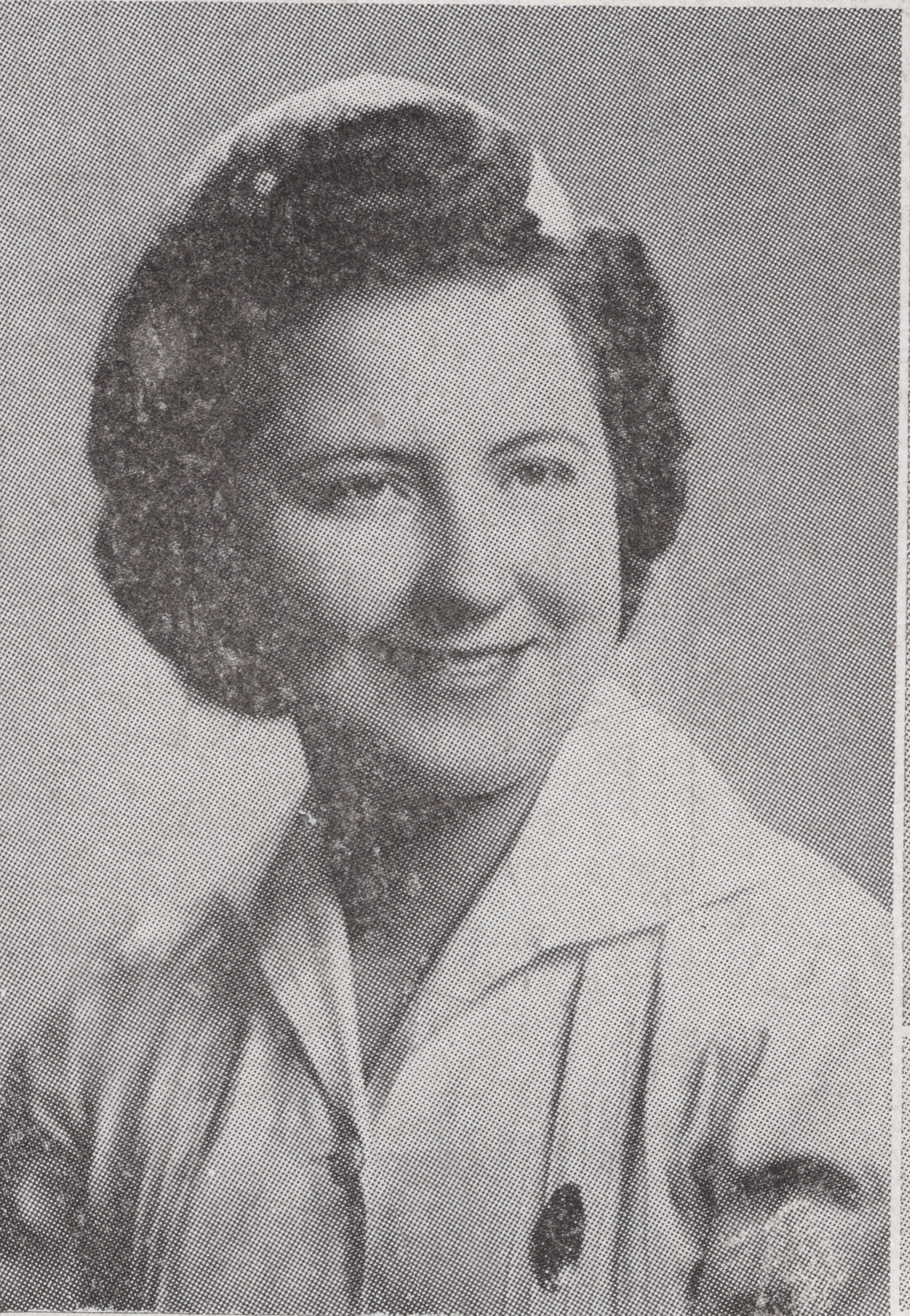 The following women from DeKalb County served in the Cadet Nurse Corps during WWII. The information provided reflects their names and hometowns at their time of service. An (*) next to a woman’s name indicates that they later joined the Army or Navy Nurse Corps during the war.