About 1,000 men from DeKalb County, Illinois, answered the call to serve their country between 1917-1919 during World War I. About 65 of them died during the war and never made it back home. The following pages are from “An Honor Roll, containing a pictorial record of the gallant and courageous men from DeKalb County, Illinois, U.S.A., who served in the Great War 1917 – 1918 – 1919,” published by the DeKalb Chronicle Publishing Company shortly after the conclusion of the war. These men are among the “gallant and courageous men” who did not make it home. They had earned their families a “Gold Star,” which was a designation that started in WWI, and denoted that the family had lost a loved one in combat. This was a visual symbol to the community that the family had lost a loved one in the war. (Learn more about the Gold Stars tradition here.) This Memorial Day, I’d like to remember the service of these men who made the ultimate sacrifice during World War I.

“Greater love hath no man than this, that a man lay down his life –“ 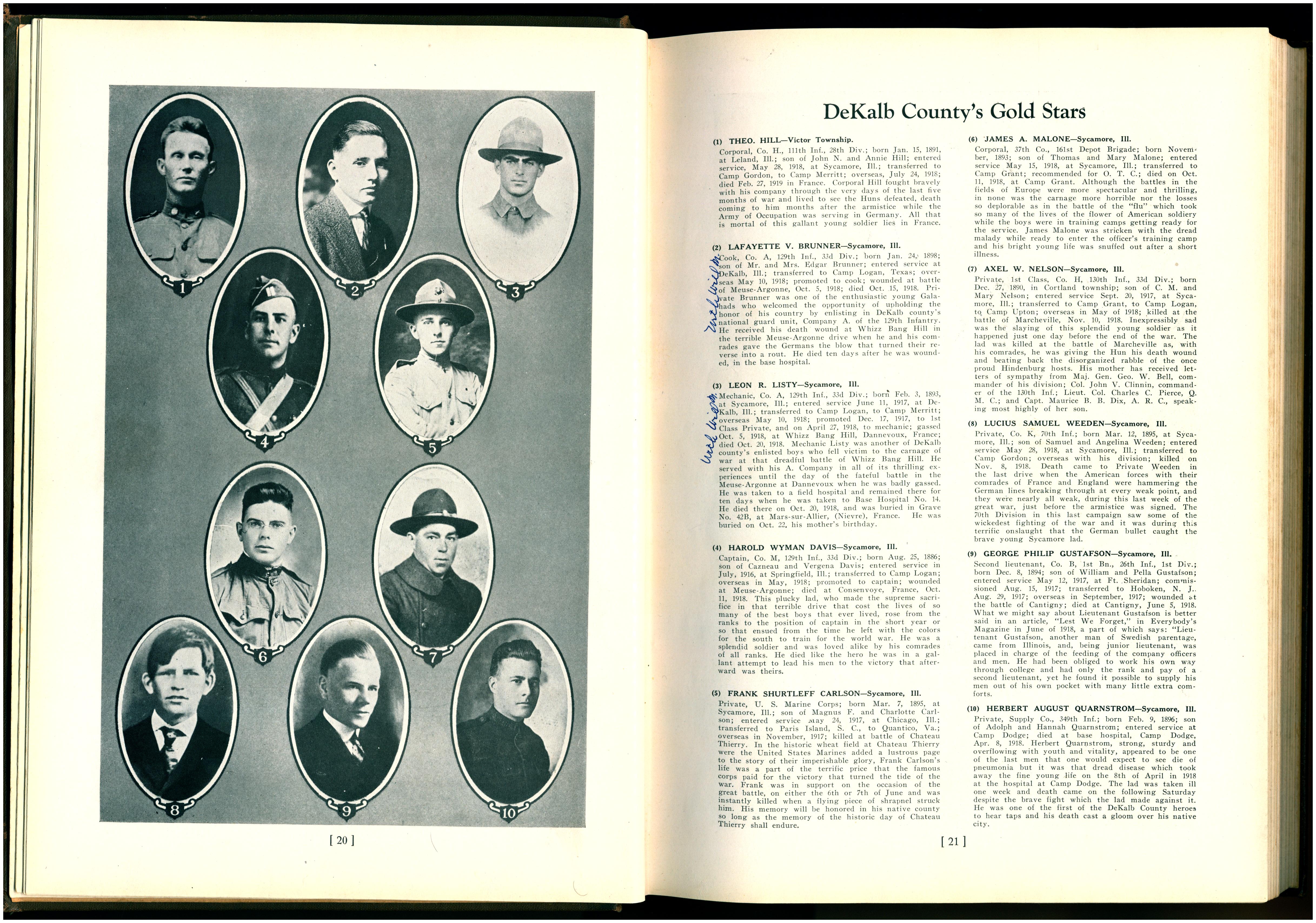 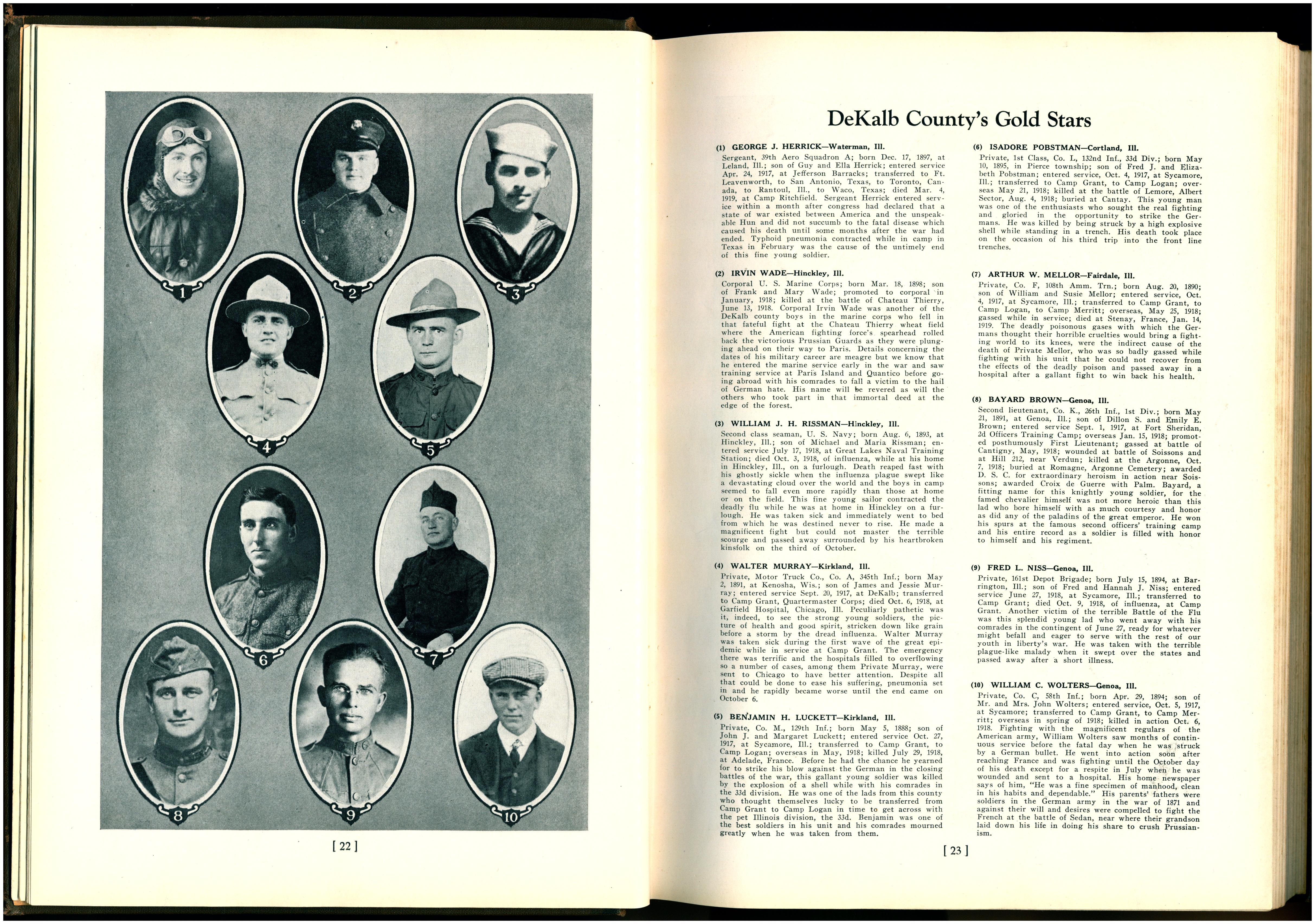 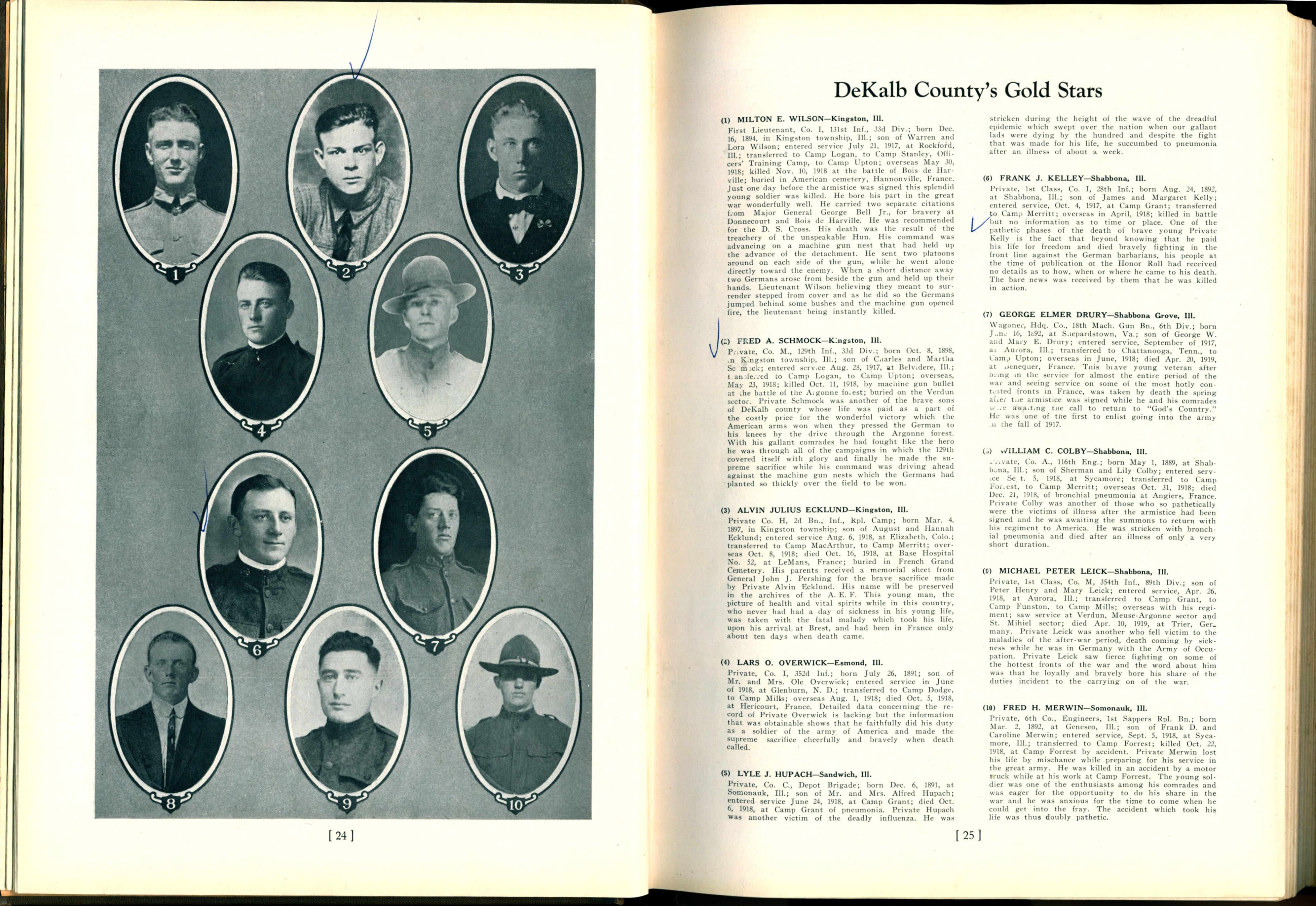 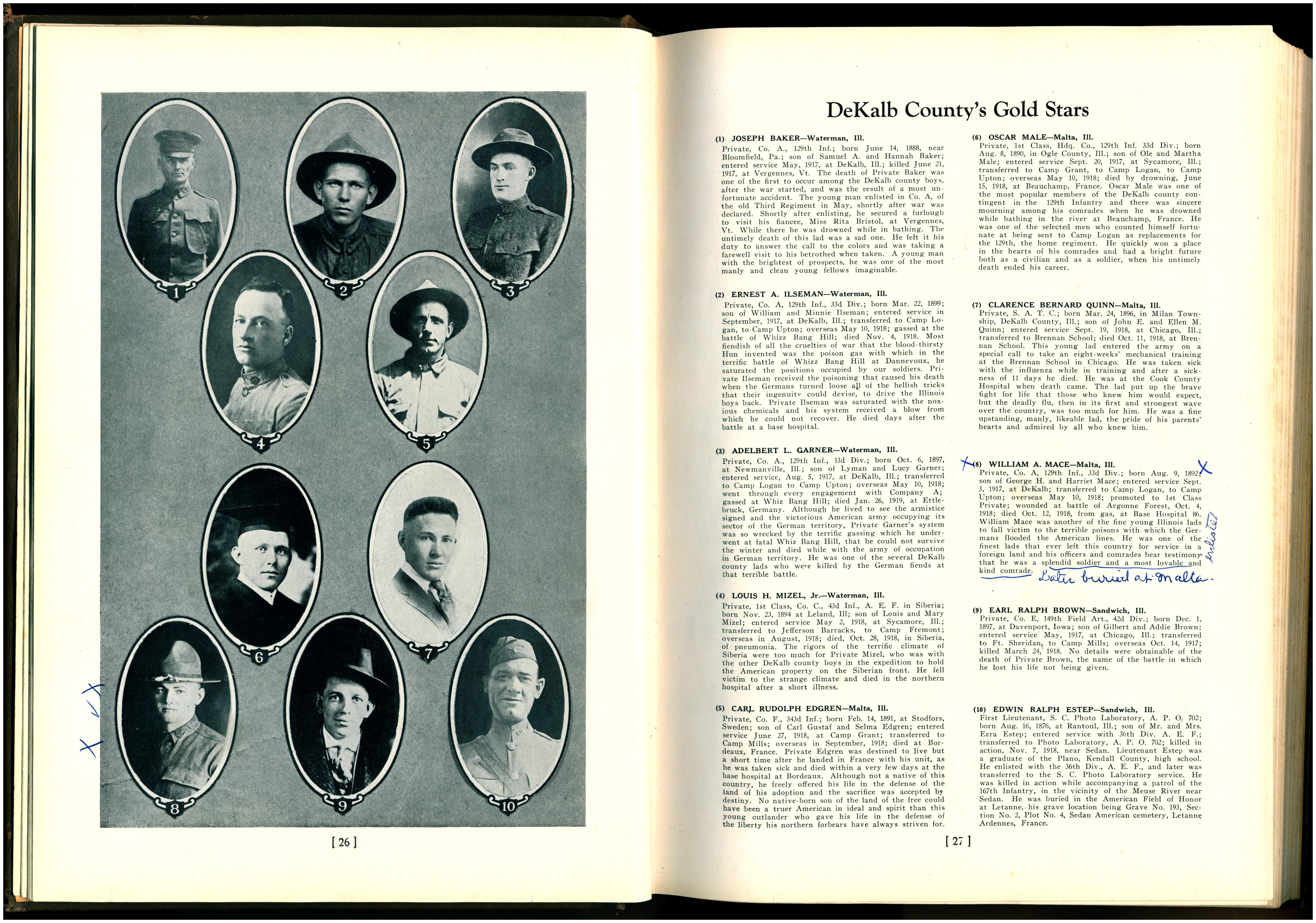 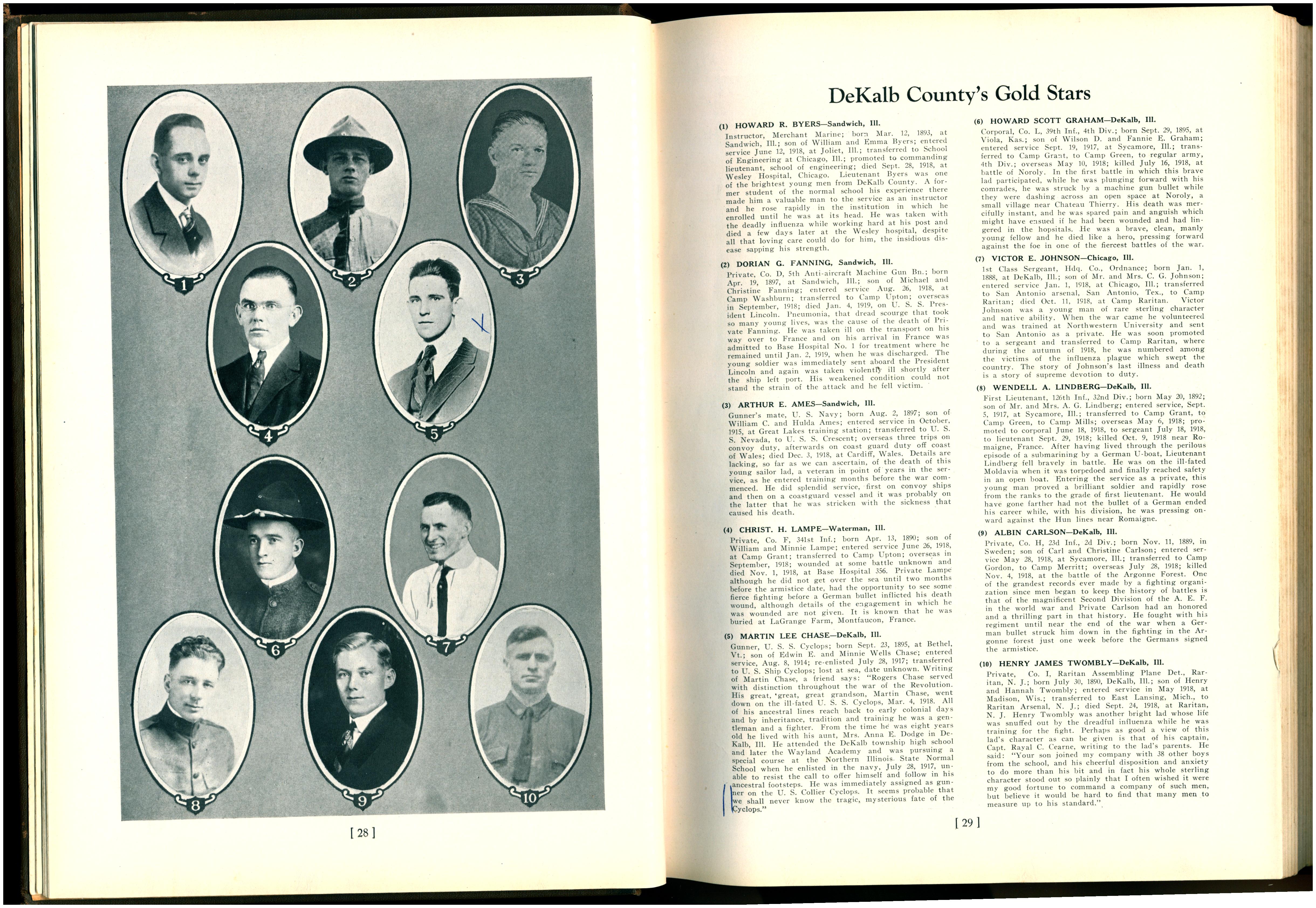 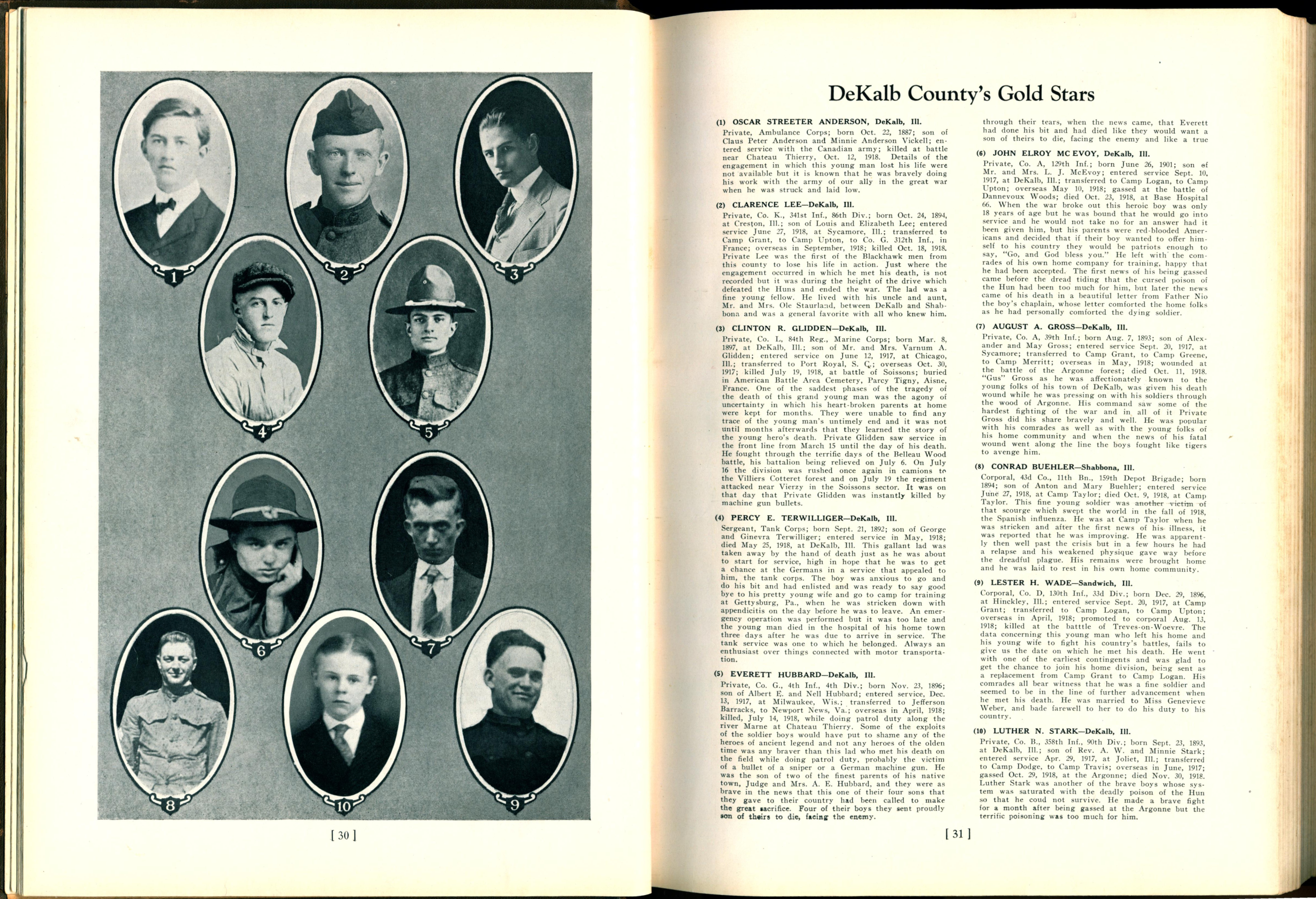 On the following page, page 32: Pictures nor data could be secured for five of the brave boys who fell on the field of battle or died of influenza or other maladies in camp or hospital, but to them the grateful people of their home county will, nevertheless, always render a reverent homage, and their names are inscribed both on this page of the Honor Roll and in the hearts of their countrymen.