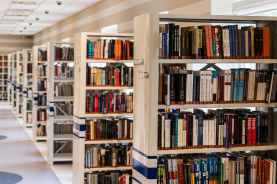 As I mentioned in an earlier post, I recently graduated with a degree in Library and Information Science. I’ve had about six months of free time to unwind, put away my school papers, and reflect on what I’ve learned the past three years. Although most of my courses were not directly related to genealogy or family history, I realized that much of the knowledge that I gained in the library field is also applicable to family history. I recently read an older post from Amy Coffin at The We Tree Genealogy Blog, and I was inspired to write this post. So, what did I learn about family history while in library school? END_OF_DOCUMENT_TOKEN_TO_BE_REPLACED

I just got back from my short trip to Salt Lake City! It was all around a successful trip! We celebrated our first anniversary, I was at the Family History Library almost every day, and my husband learned a lot at his workshop! We also fit in some relaxation and hiking on our day off. This was my first trip out west, and now I’m eager to travel more!

Research at the Family History Library revealed a lot about my genealogy, and I’m still going through the records that I found! Coming soon… a post about the 100-year mystery that I solved! In the meantime, here are a few photos from the trip!

END_OF_DOCUMENT_TOKEN_TO_BE_REPLACED

Sometimes I’m amazed at how often certain dates repeat themselves in my family tree. For instance, five living members of my family have birthdays in July, three of which are on consecutive days. My birthday is within a week of my sister’s and my grandfather’s consecutive birthdays, and sometimes we would have a triple birthday party together! My paternal grandparents and cousin share birthdays within 5 days of each other in November. My husband’s family also have birthdays within a few days of members of my family. Further back on my family tree, certain generations will have close birthdays as well.

Although our birthdays were close together, my mom would always make sure that each of our days was special. But some of my fondest birthday memories are the birthday parties with three delicious cakes- especially Papa’s favorite, German Chocolate cake! END_OF_DOCUMENT_TOKEN_TO_BE_REPLACED

During the past few weeks I have been busy working with a genealogical peerage from 16th century Spain, named Nobiliario genealógico de varias casas de España. It is a handwritten manuscript that describes noble families in the Iberian Peninsula, and includes drawings of each family’s coats of arms. Through the years, many people have used it, as evidenced by all of the notes and comments written in the margins! It is currently in safe keeping at the Newberry Library in Chicago. It is such a thrill to be working with such a unique and colorful book!

The art of tracing one’s ancestors is not a new pastime. For many centuries families have kept track of their family histories. Your lineage would have been an important part of your identity. Even religious texts like the Old Testament and the Qur’an contain lineages of important religious figures! Genealogies (or peerages, as this book is called) were recorded in medieval and early modern Europe for a variety of reasons, but typically only for families from the upper classes. END_OF_DOCUMENT_TOKEN_TO_BE_REPLACED

Welcome to my new family history blog! I am so excited to start writing about my research into my own genealogy! I decided to start writing about my experiences in family history research because I have learned a lot from other genealogy bloggers like Young and Savvy Genealogists and Nicole from The Family Locket, as well as several online communities. I wanted a way to give back and share what I am learning about genealogy research in today’s world. I also hope to record fun tidbits to share with my own family, near and far! END_OF_DOCUMENT_TOKEN_TO_BE_REPLACED