The Women’s Ambulance Safety Patrol, or W.A.S.P., should not be confused with the Women Airforce Service Pilots of WWII. These home front WASPs were prepared to serve their community and country if an emergency ever arose. They were prepared to drive and service ambulances, provide first aid and canteen units, and more. The Women’s Ambulance Safety Patrol was first established by a group of Rockford women in the spring of 1940. This was the first women’s ambulance program in the country. In a letter to Mrs. Eleanor Roosevelt in February 1941, Rockford Lt. Mary E. Trosper wrote, “We are preparing fervently for the time when we shall be called upon to defend America. […] These women are put through rigid courses of training in first-aid, military drilling, auto mechanics, convoy transportation and in some units, the use of firearms. Our ultimate aim is to interest every able-bodied woman to prepare systematically for the defense of America in the homes, in the schools and in industries. Who can foresee what tasks will fall the lot of American women in the coming year? Whatever they be, the Women’s Ambulance Safety Patrol will be adequately prepared to fit snugly in the great wheel of National Defense and will cooperate to the utmost in the organization and training of American women for American defense.”

Within that same year, units were established across the United States. Sisters Sally and Louise Doyle, two of the early members of the Rockford patrol, were originally from Sycamore. In the summer of 1940, along with Agnes Cleary (another member of the Rockford unit, who lived in Sycamore), they encouraged their Sycamore friends and neighbors to start their own unit. A unit in DeKalb County was first formed in August 1940 at the Fargo Hotel. This first group was led by Major Agnes Cleary, 1st Lt. Viola Hunt, and 2nd Lt. Pauline Dusch. Early meetings were held at the Armory in Sycamore. However, it seems that this first group did not gather enough interest for a full unit, and the group did not meet after November.

The following women were involved in the first attempt at forming a WASP unit in DeKalb County in 1940:

After the United States entered WWII, local interest in forming a WASP unit again surged. Sally and Louise Doyle once again made the trip from Rockford to help form a DeKalb County Safety Patrol unit in February 1942. This new unit was the 18th WASP unit in the nation, and started drilling in March 1942. Major Hazel Graham and Capt. Jeanette Struthers were chosen to lead them. The group took courses in basic and advanced first aid, auto mechanics, and map reading, as well as completed over 30 hours of drilling. They received uniforms in August of 1942, which included caps, ties, blouses, and skirts. Meetings were held at the Eagles Club and they sometimes drilled at the high school. In November 1943, they started meeting and drilling at the Armory building in Sycamore. Occasionally members traveled to Rockford to visit with and learn from members of the Rockford unit.

Membership in the DeKalb Co. unit never reached full strength, and peaked at 22 active members in October 1942. Several members built upon their first aid training to also become Volunteer Nurses’ Aides during the war. Many of their members left the group to join the military or the nurses’ corps, including Agnes Cleary, Violet Eastwood, Virginia Fulsome, and Donna Harris. Their training in the WASPs certainly prepared them for military service by getting them used to drilling and marching in uniforms. The WASPs continued drilling and meeting with Capt. Geraldine Niewold as their leader through the summer of 1945, and likely dissolved at the end of WWII. Many of these women were friends and classmates from DeKalb and Sycamore, and many remained friends and participated in similar service organizations after the war.

The following women were leaders of the DeKalb County WASP unit between 1942-1945:

Other known members of the DeKalb County unit include: 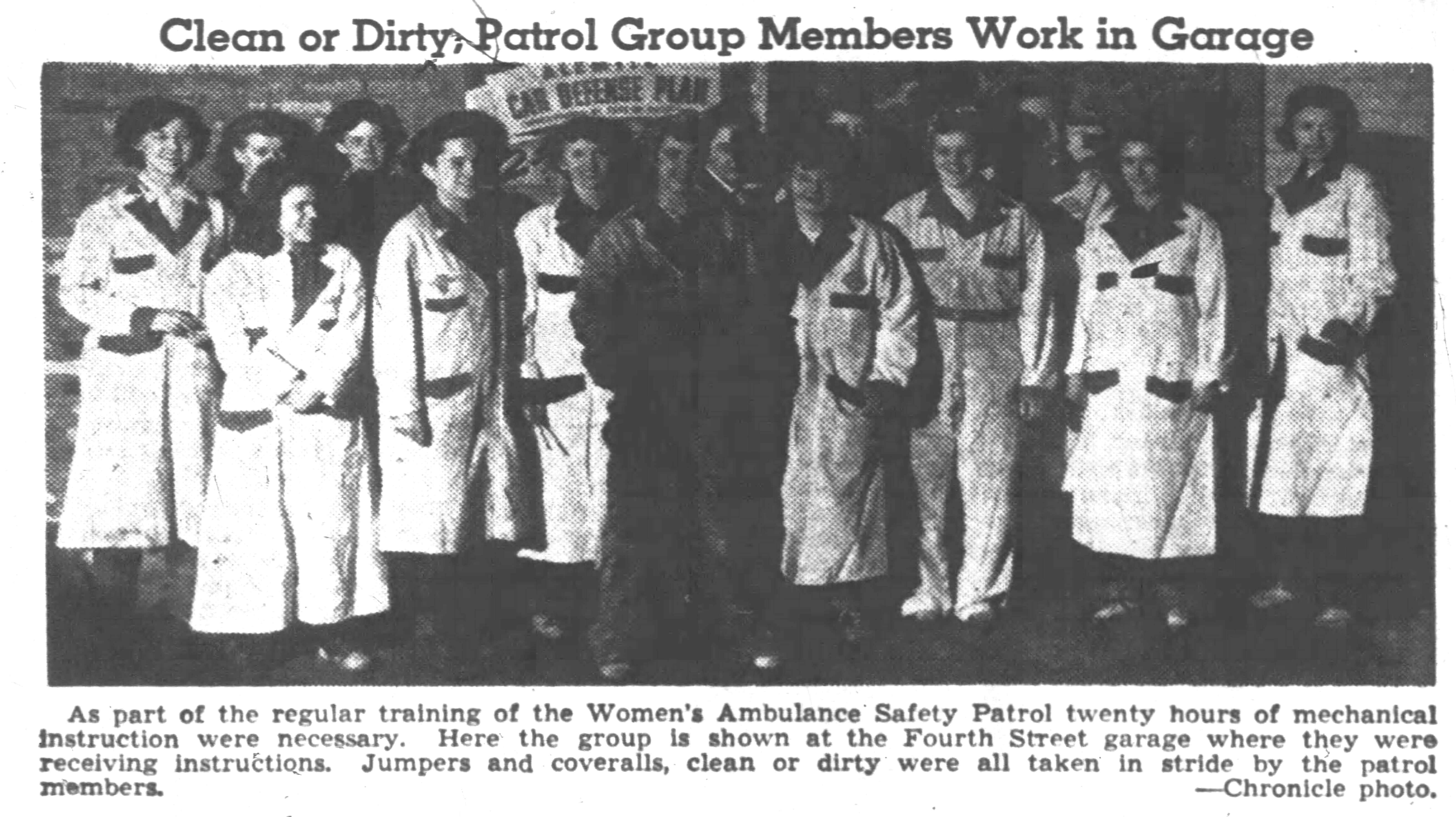 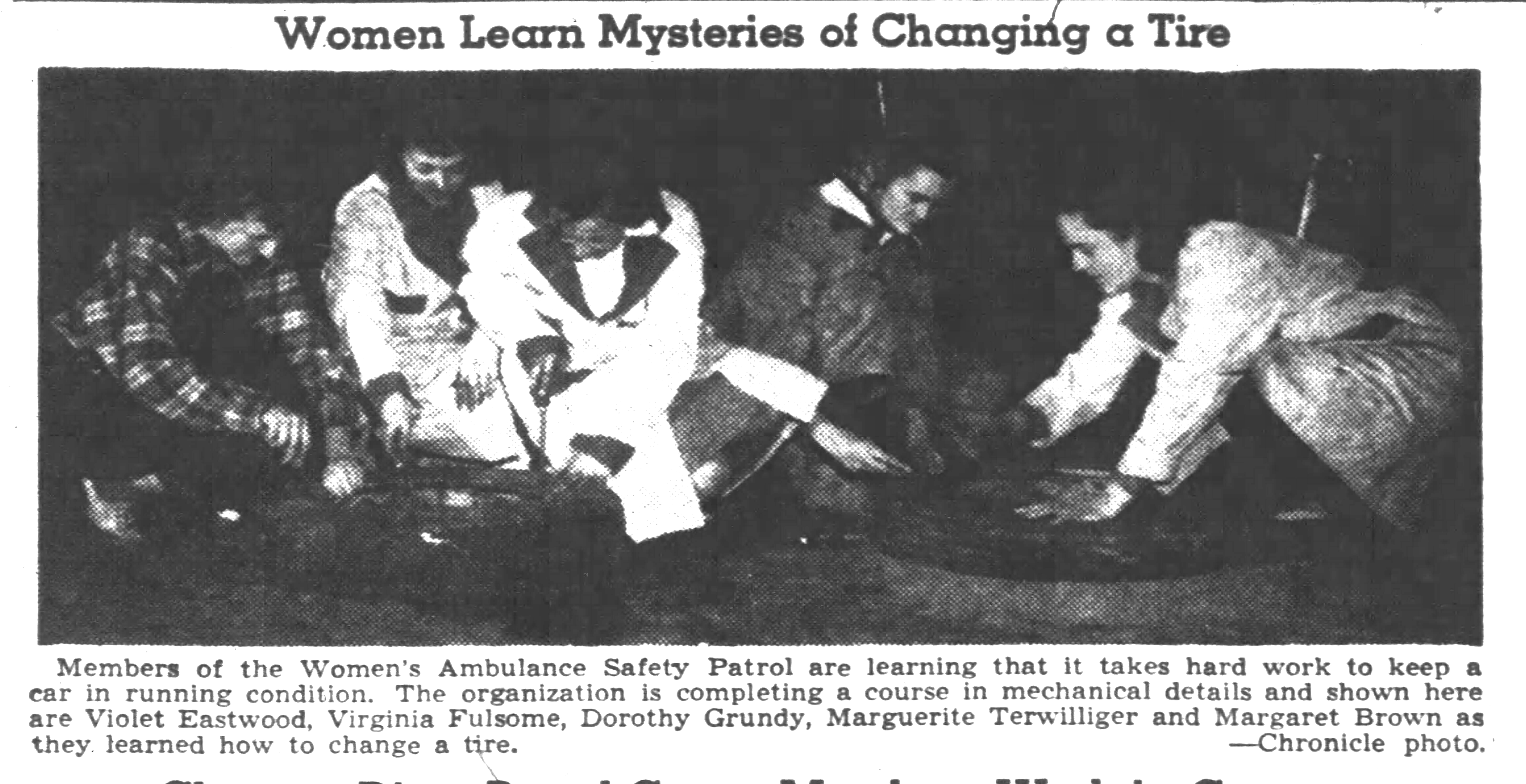 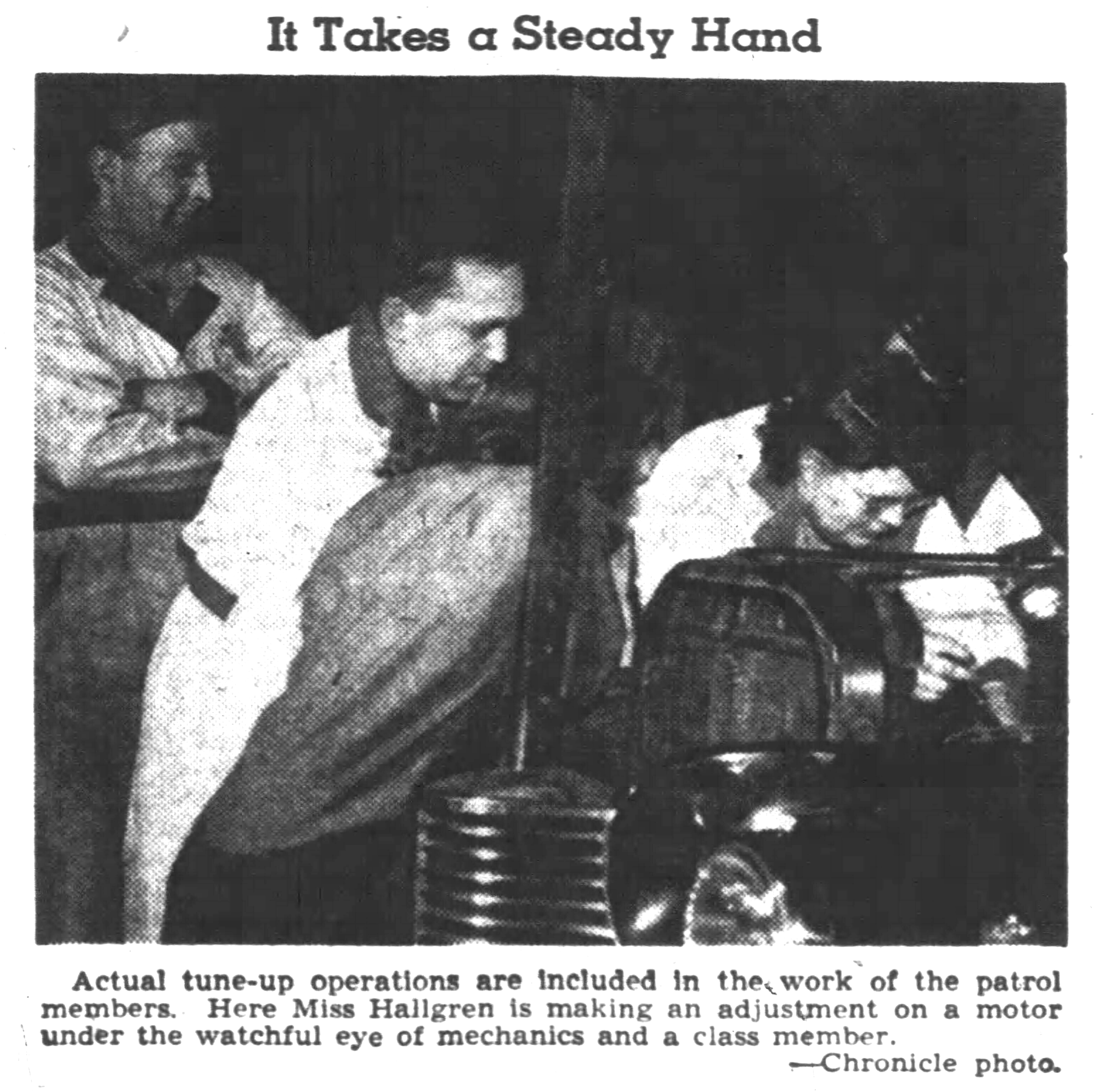 There were several sisters, cousins, and friends who were members of this special and ambitious group. The Hallgren sisters (right), Marjorie and Dorothy, were two such sisters. Marjorie was a Corporal in 1943, and was a classmate at DeKalb High School of Janet Gregory, who was a 2nd Lieutenant.